Ralph Lemon, an influential choreographer and conceptual artist, won the Whitney Museum’s $100,000 Bucksbaum Award, which goes to one artist in the Whitney Biennial every time the show is held.

Lemon is best known for his highly abstract—and often intensely memorable—dances, which have earned him the respect of many artists and a MacArthur “genius” award. But at the Whitney Biennial, which this year was curated by David Breslin and Adrienne Edwards, he shook things up by showing abstract works within the museum’s galleries.

For one of the biennial’s most idiosyncratic offerings, Lemon showed what the Whitney described as “hundreds of drawings from over or more than 25 years in five transient variations that unfolded monthly over the course of the exhibition” held to the wall by pushpins. One work even appeared atop its wall text during the exhibition’s preview. 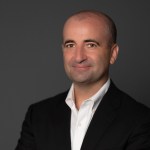 Lemon referred to these works as “a mapping akin to an anthropological practice.” He said he drew on research conducted in Jamaica, Haiti, Côte d’Ivoire, and elsewhere.

Some saw the pieces differently. Simon Wu, in his Art in America review of the biennial, wrote of their bizarre exhibition style, “This is performance studies’ revenge on the museum: the curators’ selections look like they are cosplaying as artworks, embarrassed to be discovered like this, hanging in a museum.”

The works also typified the sensibility of the biennial writ large, which suggested an unlikely resurgence of abstract painting, even as a market-driven craze for figuration is in full effect.

According to Whitney, winners of the Bucksbaum Award are named in recognition of their “lasting impact on the history of American art, based on the excellence of their past work, as well as of their present work in the Biennial.”

Scott Rothkopf, chief curator of the Whitney, said in a statement, “His body of work has shifted paradigms around performance, sculpture, drawing, and more, as well as the distinctions among them—all with rigor, ethics, humor, and heart.”